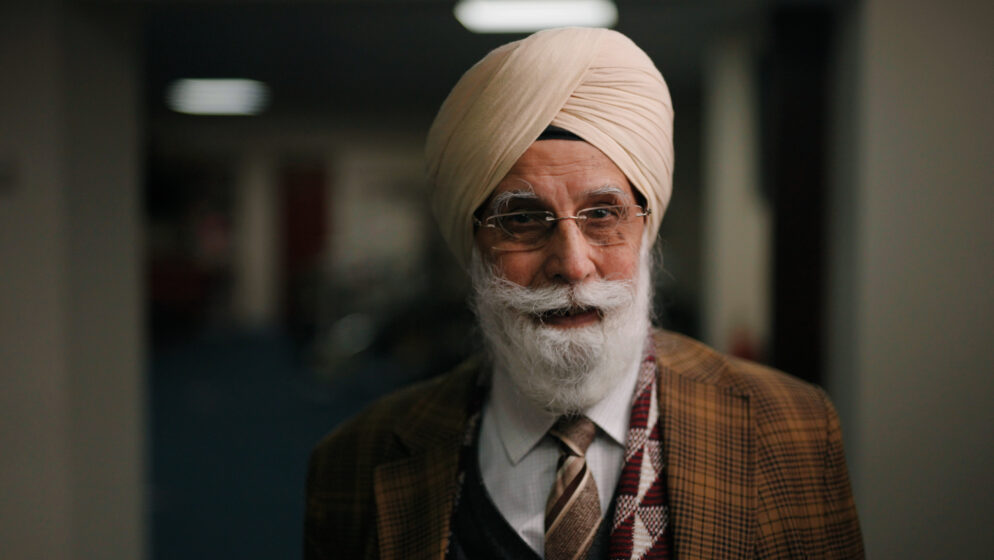 For those who haven’t seen Neck of the Woods’ latest film, here it is. We created this for Small Charities Coalition’s new campaign London Gives Back.

Every project has the potential to be special, but sometimes one comes through that just ticks all of your boxes. When that happens, you have to grab it with both hands, which is exactly what we did when Small Charities Coalition contacted us about their latest film. They were launching a campaign to help raise regular donations for small charities across London, and they were looking for someone to create a film that would lead that campaign. Essentially, this ticked all the boxes for us, I guess sometimes life just throws those perfect projects your way.

Yes, it was exciting, but a major challenge presented itself instantly; the film was initially going to be made up of MP’s talking about the importance of small charities, the total length being around 8 minutes. We weren’t confident that this would be the best approach. We didn’t see them really connecting with an audience, especially at the moment, and we also didn’t envision people spending that much time on a film. We were going to have to present an alternative plan. No worries, thinking creatively is what we pride ourselves on.

We went back to SCC with a totally new idea; a 90-second film, delivered by small charities in London, with an uplifting tone. The premise was that each charity we would film with would have team members reading lines from a script about the value that charities bring to London. Our thoughts were that it shouldn’t focus only on the difficulties of the last year, but really hone in on just how much small charities do. At this time of year, there’s so much content designed to pull on heartstrings, but we wanted to buck that trend and create something that got people pumped enough to donate. We felt that a positive tone was going to be far more likely to drive donations.

It’s always a nerve-racking experience when you send a completely different idea to what the client has brought to you. What if they don’t like it? What if they hate it so much that they never speak to you again? Luckily, none of that happened, and SCC jumped into the idea with both feet, phew!

Now that was all cleared up, we thought it would be time to work on that script. We were wrong though because SCC happened to be in touch with the LGBT poet laureate. They suggested that maybe it would be better if she wrote a poem, rather than us working on a script together. It’s always great when a client is invested enough in a project to throw ideas and solutions into the mix. This was such a good idea, so we worked with Trudy who produced the wonderful poem for the film.

I’m going to skip a few steps because I’m going to go out on a limb and say that you don’t want to read about the scheduling and pre-production stage? Cool. All I will say is that we had such a clear vision for this film. Alongside all of the practical stuff, we were working on a look book and style guide so that the film would look and feel how we wanted it to.

So, on to production. It was going to be an interesting shoot because we were going to be shooting for 5 days across London in the middle of a pandemic. No biggie, we were just going to have to be creative and flexible. We deliberately picked kit that we knew was small and powerful enough to get the images we wanted to create. We ended up shooting this whole film on the a7siii, and creating a frankenrig for our audio. This meant that we could easily get around London and get what we needed to create the film. It also made it much easier to get the fast-paced, handheld style that we wanted for this film.

The filming went off without a hitch (except me walking into a lamppost whilst checking a shot on my camera). We were able to work with the challenges that every location presented to us. We used a lot of available light, but we also added light in where it felt natural.

It was a constant balancing act between making the film look good, but not straying away from the natural feel that we wanted to create. I have to say at this point that I’m incredibly grateful to the charities who gave up their time and were so hospitable and patient with us. Without them getting fully involved in the project, it just wouldn’t have been possible.

It was difficult at times, and there was a lot of thinking on our feet, but I think that this part, in particular, went really well. There is so much that can go wrong on a shoot, especially one with so many moving parts. I’m proud that we were able to navigate it well.

The edit for the project was fairly simple, but only thanks to all of the work that had gone into the planning of it. The idea was so clear, that the pieces kind of fit together very naturally. That being said, a lot of time went into making sure that the edit fit the original vision for the film. Not only that but hours went into finding the right soundtrack and sourcing the sound effects that make up the soundscape.

The result is something that I’m really proud of. I always feel a lot of pressure on these kinds of projects. The outcome is so important, the window for capturing people is so small, and having put forward the idea for the film, it kinds of falls on you. So, to see how the film turned out is a huge relief. It’s not always the case that you have a creative vision and the final output matches that exactly. When it does happen, it’s an amazing feeling. I learned a lot from making this film, and not only did I get to create something that I love, but I think that I’ll be a better filmmaker for having done so.