Putting people at the heart of your stories 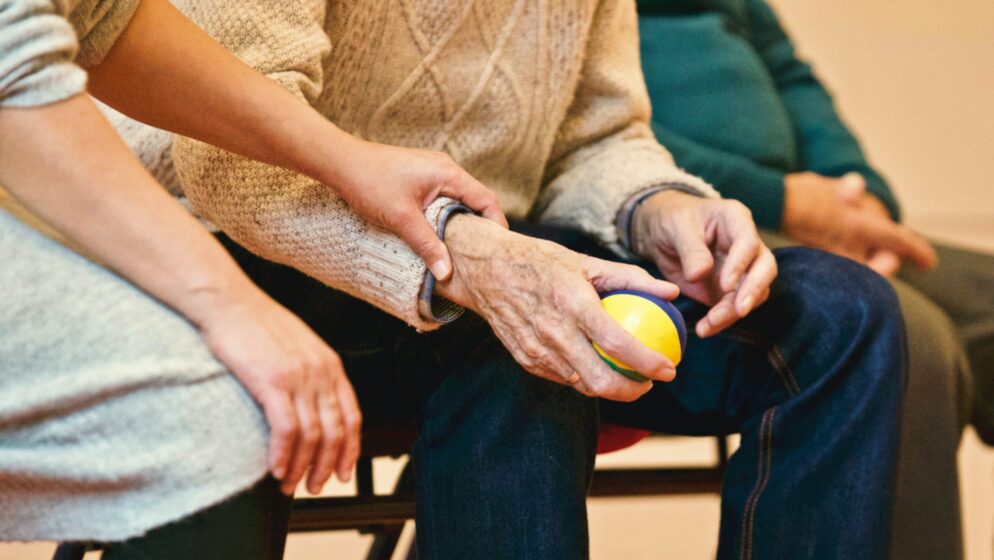 I’m going to start this blog by asking a very simple question: are you using people as part of your stories? For me, this key question is the route of many problems for organisations when they’re looking to tell stories that really connect with audiences. Not every product or service appears to be heavily people focussed on the surface, but I struggle to think of many that aren’t designed to be used by human beings in some way. As such, including people in your storytelling is a big deal and a really important way to connect with your audience.

People are important to every story because of one key principle; character. Usually when we hear or read the word character in relation to storytelling our minds jump to purely fictional narratives, but it’s equally relevant to storytelling for non-fiction and promotional purposes. When you strip away all of the theoretical ideas about character, what you’re really left with is a way into the story for your audience and a way of tying your narrative together. Think about it, what would a story be without a character to focus on? It would be a long string of events with no focal point, the appeal of which would be pretty limited to put it nicely. Character helps to solve this potential storytelling problem.

A character acts as a viewpoint for your audience, they are a way of imparting your viewer with your perspective. Every story, no matter how objective it may appear, has a certain perspective. If it’s created by a human being then it’s been shaped by their experiences and so shares some, if not all, of their point of view. A character personifies that point of view, making it understandable for the people who are watching. Not only can it help to lay out your perspective, but it can actually help to shape the perception of the people watching. A good character, can actually shift people’s perceptions, because of the deep rooted connection they share with the characters they’re seeing. Let’s sum this up with an example in the form of the Netflix show Tiger King (don’t worry, there’s no spoilers!). The story of this documentary series is long, complex and, frankly, baffling. Fortunately for us as the viewer, the story has a few key characters that help to shape the narrative. We see the story from their perspective which keeps us engaged, helps us to contextualise the unfolding story and helps us to make sense of everything we’re seeing and hearing. Your stories likely won’t be as complex as Tiger King, but the principle works in exactly the same way.

One more point to consider on character before we move on is this: people and characters drive emotional responses and emotional connections get results. This would be a whole separate topic to cover at some point, but, to simplify things, emotional connection is what gets people to actually go and take action. Contrary to popular belief it’s not all about facts, figures and sales tricks, it’s creating an emotional experience through your storytelling that really speaks to people. Emotions are complex and abstract concepts, so for storytelling purposes you need a way of attaching this to something to help people understand and relate. Having a character or characters who experience elements of your story and have emotional responses will help to create that same emotion in your audience. As people we have mirror neurons in our brain, and these can be triggered to help make your audience feel the same way that your characters do (an emotion which you have predefined when planning your story). We recognise people, we understand their experiences and so what better way to help your audience respond in an emotional and outcome focussed way?

One more example for you. Think about the last charity appeal advert that you saw on TV, were there people in it? I’d wager that there were. This is done for the same reason that we’ve just discussed, because people are relatable and help to drive an emotional response. We know that whatever the problem is that a charity are looking to solve (be it famine, illness, war etc.) is terrible, but that’s not always enough to get us to take action. However, when we tell a story, with a human or anthropomorphised central character, we begin to think more deeply. We begin to empathise with them, to imagine ourselves in their position, to feel what they might be feeling and ultimately to relate to them on a human level. It’s not the situation that get’s you to act (for the most part) it’s that human story, told through the eyes of recognisably human characters.

So, as you can see, people and characters have a big role to play in any story. So, if you’re trying to work on a story for your video and are struggling to see how people fit into it, try thinking about the end user for your product/service or the people who will be watching your video. Consider the emotional response you might want them to feel. Think about the human experiences that go into designing or using your product and then factor these into your story. This will have a big impact on your stories as a whole and will drive meaningful emotional connections with your audience. When we think about this at Neck of the Woods Films, we always think about the project that we worked on with UnitedUs. The project was for Prime PLC, a property developer. The concept of a building is hard to engage with, they’re useful and interesting to look at, but difficult to form a relationship with. Instead, the story of their video focussed on people and how the buildings affected human beings. It focussed on the way that their buildings make people feel whilst their inside, but also on the human stories that make up Prime PLC as a company. Check out the video to see what we mean.

It may seem difficult at first, but make sure that you are using people in your stories to help connect with your audience and drive action.