Using voiceover to drive your storytelling 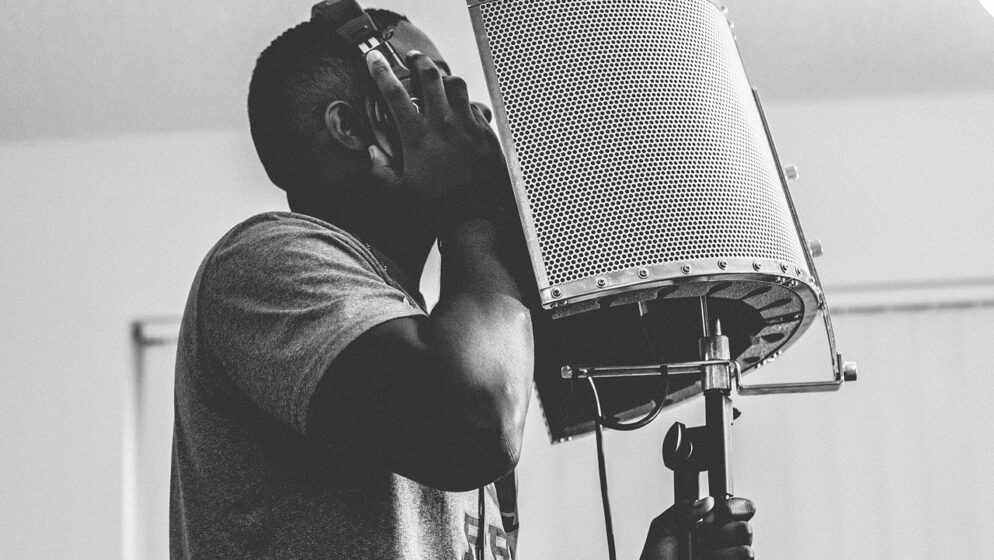 One thing that you may have noticed of late is the amount of videos that have been created within the strict limitations of Covid-19. Rather than simply ceasing all content creation, brands and charities have been using video as a tool of communicating with their audience in this difficult time. Another thing that you may also have noticed is that a lot of these videos have one thing in common: a really great sounding voiceover.

It’s worth noting that in general audio is a great way to improve the overall production value and quality of a video. In truth, good audio is often something that goes unnoticed by the viewer, but bad audio can absolutely destroy a video. When done right, audio can help bring a viewer into your story, meaning that you’re able to connect with them more effectively. The opposite is true of poor audio, it heightens your audience’s awareness that they are actively watching something, taking them away from the message you’re trying to express to them. With this in mind, aiming for good sound (be that a well produced voiceover, sound effects or music) should be a goal for all video productions.

This has never been more relevant, because the visual side of production has been so limited by everything that’s going on. It’s not always possible to shoot videos in a safe way at the moment, but there is still a need for video production and video content. This has led to an increase in the use of mobile footage, existing footage and stock footage. The downside to using these methods though is that they often come with poor or no sound at all. This can be a real stumbling block when you’re trying to tell a story that keeps your audience engaged and focused on your message. A great solution for this is to use a well recorded voiceover, courtesy of a professional voiceover artist.

Voiceovers are effective for lots of reasons, but the main benefit is that having a well recorded voiceover means that you don’t have to rely on poorly recorded audio to tell your story. In fact, you could simply strip all of the audio away from a few mobile clips, add a voiceover and still tell an impactful story. The reason why this is so effective has already been touched upon, it draws your audience into your story. They aren’t focusing on the scratchy audio of the mobile clips you’re working with, their busy focusing on the words that are being clearly spoken in the voiceover, and absorbing your message. As you can imagine, this makes for a much better way of communicating with your audience.

There’s also one other main benefit for using a voiceover: the script itself can actually help tell your story. By having a script in place for your voiceover, you can make sure that the story you’re trying to tell is really focused. Taking the time to produce the script will mean that every word is carefully chosen to help tell your story and convey your message. This leads to a video that’s cohesive and engaging. A side note on this topic is this; a voiceover can also change the course of a story, opening up the option to use existing footage. With a voiceover as backbone, you’re able to use footage you already have to tell a completely new story (so long as the footage is relevant and appropriate).

Let’s look an example of how this has been used during the Covid-19 pandemic. This is an advert from Dove (you may have seen similar adverts from them on UK television):

As you can see, there is some professionally shot footage, as well as mobile footage and their UK advert also includes product photos. Despite this mish-mash of source material, the advert still has a cohesive message, and feels like a complete video. The reason for this? The voiceover is well scripted and well recorded. It links all of the imagery together, and as an audience, keeps us focused on the message rather than some of the less-than-ideal footage that they’re working with. This is absolutely an example of how you could be utilising voiceover to keep telling stories whilst production is hampered.

Although this blog has been written in the context of Covid-19, the topic of voiceovers and good audio is always relevant to creating a video. When things return to normal and typical video production begins again, thinking about audio and whether you should be using a voiceover is always advisable.

In terms of a voiceover, it really pays off to work with a professional voiceover artist. In our experience they bring professionalism, high-quality audio and helpful questions and suggestions. As with anything, letting experts do what they do best is going to get you the best possible results.

Here are some great voiceover artists that we would recommend considering for your project: