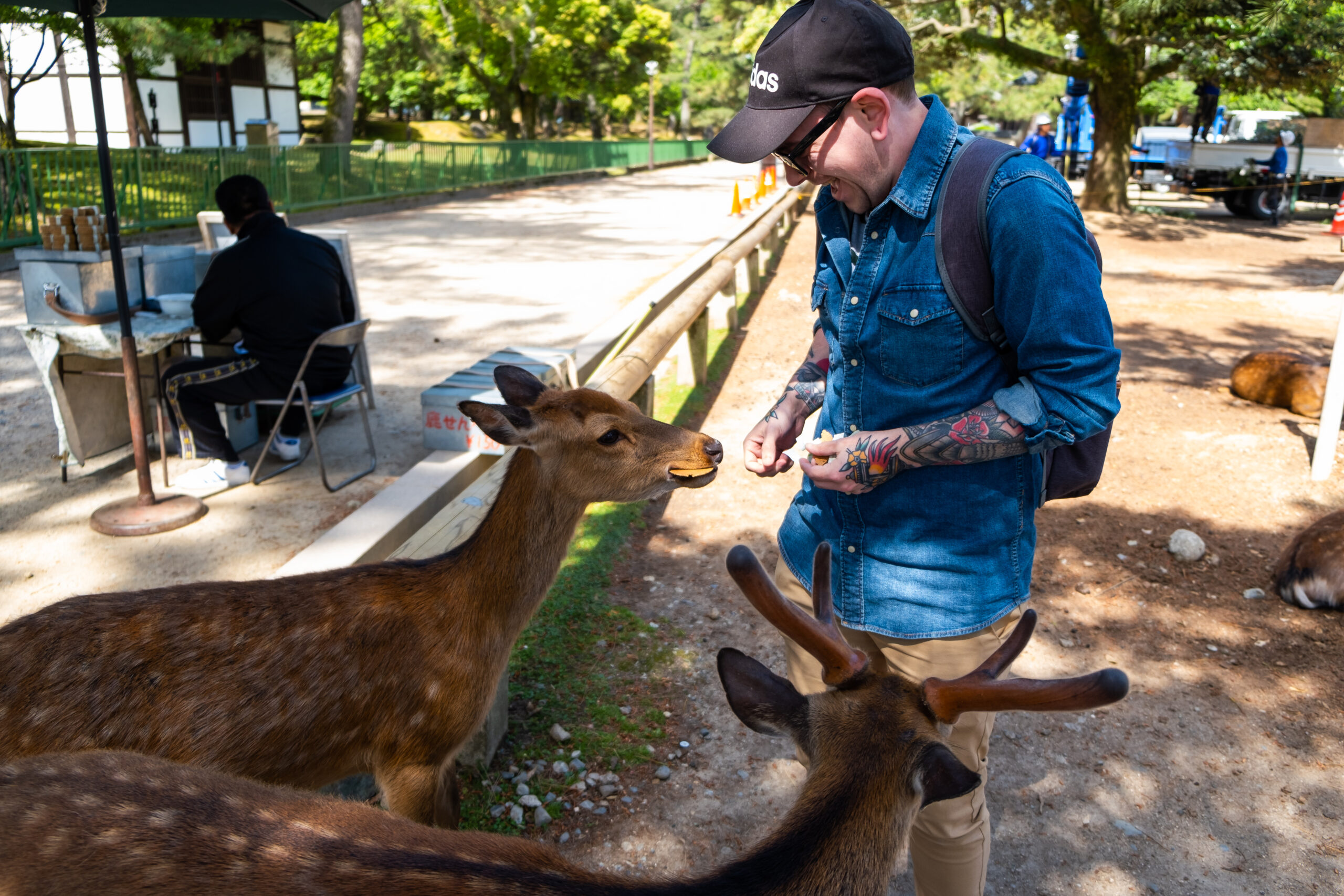 In 2019 we were feeling the burn. We were on the tail tend of some pretty intensive projects and the toll was starting to show. This was compounded by the fact that we hadn’t taken a break or holiday for nearly a decade. Frankly, if we’d have carried on undisturbed then who knows what would have happened, but it probably wouldn’t have been good. We thought the best way to put things right would be to take a trip away. So what did we do? We booked two tickets to pretty much the furthest place we could think of; Japan. It’s like we rolled up all of our unused holiday miles into one insane trip.

We spent one of our days there in the beautiful town of Nara. Once the ancient capital, it’s a place of luscious parks, friendly people and even friendlier deer. The weather was unseasonably hot, sweltering in fact. At one point, we retreated to one of Japan’s many convenience stores for refreshment. While we were standing in the store, a noise of a fight broke out on the street outside. There was shouting, loud impacts and and a crowd had gathered. We joined that crowd to see what was going on.  The sight that greeted us was no fight at all, instead, it was a group of men beating up a ball of green goo with fists and wooden mallets. These men were making delicious mochi.

This was no ordinary mochi though. It’s made by Mitsuo Nokatani of Nakatanidou. He’s been making mochi for 25 years+. He also embodies the Japanese principle of a Shokunin, something that we can all learn from. A Shokunin is defined as:

“The Japanese word shokunin is defined by both Japanese and Japanese-English dictionaries as ‘craftsman’ or ‘artisan,’ but such a literal description does not fully express the deeper meaning. The Japanese apprentice is taught that shokunin means not only having technical skills, but also implies an attitude and social consciousness. … The shokunin has a social obligation to work his/her best for the general welfare of the people. This obligation is both spiritual and material, in that no matter what it is, the shokunin’s responsibility is to fulfill the requirement.”

What does that mean for storytellers?

Firstly, it’s about our devotion to the particular story that we’re telling and the message contained within. Often times when telling stories for marketing purposes, the message gets a little lost. The pressures of marketing kick in, all of a sudden a million different goals appear out of nowhere and the story gets lost somewhere in between. It means that the results are mixed, at best unclear, at worst off putting. If we apply the idea of the Shokunin to our stories, we can learn not to muddle the message. Focusing on that one thing, making it the best it can be and pushing it as far as we can will help us to share more effective stories. If we let our focus stray, and dilute it across multiple ideas then we run the risk of creating something that doesn’t resonate.

The attitude of a Shokunin, that desire to work hard and do the best for the people that we serve is such a powerful mindset. There is no-one who can’t benefit from a shift towards that, and storytellers are no different. We would all do well to remember that we aren’t the masters of the universes we create, it’s our audiences. Its they who will decide if our stories are worth listening to, so let’s embed the idea of Shokunin into the way we serve them with our storytelling and feel the positive effects of that.